Crunch time, it’s the phenomenon that puts as much stress on the industry as it does on the developers that are forced through it. For those who don’t know about it, crunch time in the gaming world is usually a period of time close to the end of development where all hands are on deck. The gloves are off, and everything is put into polishing the game as much as you can, even if that means working 100-hour weeks and enduring the terrible conditions that often come with such a schedule.

As you can probably tell, this kind of development isn’t exactly the most sustainable. In fact, recently it’s proven time and time again to be a mess, as it meanders its way through company to company, pushing burden onto their workers. Crunch time is rough and clearly people pay a high price. Its poor working conditions that can cause a ripple of controversy to causing a company to close.

Crunch time has always been a critiqued part of the gaming industry, but it never really drew much major attention; that was until beloved Rockstar Games came under fire. You’d think that the minds behind some of the most popular franchises, from Grand Theft Auto to Red Dead Redemption, could do no wrong. Usually any controversy courted by the infamous studio is due to some “moral wrongdoing” from one of their games. But all that changed when, during the hype for Red Dead Redemption 2, Dan Houser spoke about the development of the game, touting the 300,000 animations, 500,000 lines of dialogue and how hard the team was working. “We were working 100-hour weeks,” Houser said.

However, this wasn’t some accomplishmet on the same level as having an impressive number of animations or dialogue. People were left with a bad taste in their mouths at the thought of developers working extreme hours was some kind of bragging right. Houser quickly went on damage control.

“Across the whole company, we have some senior people who work very hard purely because they’re passionate about a project…” clarified Houser. “No one, senior or junior, is forced to work hard. I believe we go to great lengths to run a business that cares about its people, and to make the company a great place for them to work.”

In an industry where three quarters of developers labour under crunch conditions, sometimes a company just can’t handle such intensive conditions and crumbles. After its success with The Walking Dead, the company expanded rapidly and that came with growing pains.

“We went from a small and scrappy team to kind of a giant studio full of 300-plus studio,” told former Telltale programmer and designer Andrew Langley to The Verge in a lengthy feature about the company’s prolific layoffs, shortly before its downfall. According to that same feature, crunch time soon became the norm for Telltale’s projects and some employees reported working 14-18 hour days. Due to the episodic nature of the games from the studio, crunch culture wasn’t just a few weeks or months polishing a game. It was a constant cycle of crunch which was one of the many things that crippled the company, overworking employees and pushing creative members such as Dennis Lenart (The Walking Dead) and Pierre Shorette (The Wolf Among Us) out.

It’s without a doubt one of the things that led to Telltale Games closing its doors for good. The pressure got too much for them and the cycle of crunch had done its damage. It caused overworked employees to suddenly find themselves going from a stressful job to having none at all.

The same could be happening to another company, as BioWare was recently exposed for “lengthy crunch hours and lots of exhaustion…” .This was apparently so bad for the developers that they hoped one of their acclaimed titles, Dragon Age: Inquisition would fail, just to prove that their method of making games was’t working. It’s one thing for the up and coming Telltale Games, which was only beginning to make its mark in the industry, to fall to mismanagement and crunch time. But when some of the most acclaimed studios, such as Rockstar Games and BioWare, are enslaved to these methods, it seriously calls into question why such a profitable industry can continue to treat its workers this way. It seems especially true when a lot of the time it just does not seem to work! Dragon Age: Inquisition and Red Dead Redemption 2 were great, but they seem to be the exception. Most of Telltale’s own works were waning in quality and Anthem is clearly not going to win any Game of the Year awards anytime soon.

It’s important to keep talking about this, to never forget what some developers are pushed through, even in the most acclaimed studios. It’s also obvious that crunch has a negative impact on the gaming industry and the many passionate developers that feel forced to push themselves to polish a game. Companies need to take more risk and trust in the developers that are the very core of everything they create. Crunch has no place in the industry, it should never have years ago and it still should not now. 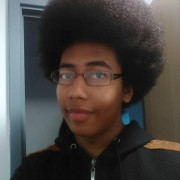 Harjit Singh
Harjit Singh is a young and budding writer with a love for all things fantasy. Fond of running and badminton, he spends most of his time reading, writing, singing and playing D&D. You can follow him at @HarjitKSingh on Twitter!
Previous

Difficulty in Video Games: An Ode to Easy Mode

The Mysteries of Deltarune Chapters 1 & 2