Indie games can be considered the birthplace of many truly inventive ideas or even the resurrection of concepts long lost. One Step from Eden, with its own unique spin, recalls nostalgia for the long-departed Mega Man Battle Network series. The game adds a modern and stylish touch to the formula, with increased difficulty and roguelike aspects.

The gameplay of One Step from Eden is new to the indie scene. It blends aspects of deck-building roguelikes and the incredibly unique grid-based shoot’em up combat system of Mega Man Battle Network. Deck-building games have become commonplace the past few years, having similar methodic and calculated play-styles that leave little room for engaging gameplay. One Step from Eden handles this concept by allowing cards to be your weapons, but your skill comes from your movement and quick judgment.

Collecting cards (or spells in this case) are imperative to your success, but your technical skill is just as important. You and your enemy share an 8×4 grid (split into two 4×4 grids for you and your adversaries) and movement is tied to this grid. You have 16 places to move at any given moment unless a structure occupies one of your grid squares, or one of your tiles are broken. On top of this, enemies attack with a slight warning (indicated by an exclamation mark on the ground below you) so you have to react quickly. Your spells have incredibly varying and specific effects, such as attacks that target the enemy’s back four vertical tiles, or spells that zig-zag out from your casting location and return back to you. Just reading all of this may seem incredibly overwhelming, and it is, but learning is a huge aspect to the game as well.

One Step from Eden’s difficulty truly comes down to how much time you’re willing to spend to learn enemy patterns and how dedicated you are to achieve the “perfect run.” Like all roguelikes, sometimes Lady Luck just isn’t on your side, and it can be incredibly frustrating to lose to something out of your control. The game gives you enough control of your situation that you can find learning experiences and growth in every loss. One Step from Eden also has many beginner-friendly options to help in your learning experience. Saffron, the mascot and starting character you receive, is completely designed to be your introductory character. She has the highest max health and a starting artifact that revives you mid-combat. You also unlock a character at an early account level that can build shields for both defense and offense. Step out of your comfort zone at any time, but the difficulty is what you make it.

The art design of One Step from Eden is phenomenal. Each area has amazing backdrops and characters that fit the motif of the zone. Zones do repeat in each run however, so the scenery can become slightly stale after multiple playthroughs. Each character comes with their own concept art that brings a bit of life to the less-detailed pixel art of their in-game models and multiple costumes add a bit of personality.

The music design is fantastic; each character has their own personally tailored theme that fits the mood for their boss fight. Areas have two sets of themes, one for your first and second time through in a run, adding a bit of freshness to the somewhat stale retread through a zone. Spells also have unique sounds that help you listen for audio cues, letting you focus your visual attention on the action. 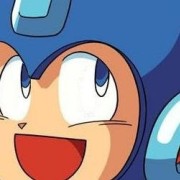 Cody
Cody is a guest writer for Parallax Media.
Previous

Seeing a survival game hit the Steam store in “Early Access” is often a sign ...
By Tyler Lee
March 2, 2021

In Skul: The Hero Slayer, SouthPAW Game’s new 2D side-scrolling rogue-lite, you play as the ...
By Erroll Maas
February 22, 2021