Tom Clancy’s The Division 2 had a strong start to the year, and while it wasn’t perfect, it still proved itself to be leagues better than the original game’s release back in 2016. Ubisoft has hopes to continue the upward trend with the latest release of free DLC, Episode 1 – D.C. Outskirts, which brings some quality of life changes to the game (for the complete patch notes, visit the official site here) and sends agents to the outskirts of Washington D.C. for two new main missions and a brand new activity called Expedition.

Unfortunately, The Division 2’s first major DLC since Invasion leaves a lot to be desired. While it certainly isn’t the worst thing to come out of Ubisoft’s laboratory regarding the franchise, this feels like a rather underwhelming benchmark for what we can expect for the remaining free Year 1 content.

If you’re going left to right (which is what I did), the first new main mission you’ll dive into is Camp White Oak. Here, you’ve located the traitorous President Ellis in a lavish estate deep in the Washington wilderness. Your mission is to eliminate the Black Tusk forces protecting him and intercept their attempt at extracting him.

The stage itself is gorgeous. Like the rest of the game, Ubisoft didn’t spare any detail when designing this mission. There’s a lot to love here visually, and I’ve actually replayed the mission just to go back and admire the stage. It’s really that gorgeous, and a nice departure from the interior of Washington D.C. As far as the franchise itself goes, I believe this is the first and only “wilderness” stage they’ve ever done. But like a double-edged sword, this is also one of the issues I had with this DLC. More on that later.

Camp White Oak is no different than any other standard Division mission, ending in a rather uninspired and predictable way. It’s also pretty short, as well. You shoot your way through a gorgeous setting without any real difficulty in the matter, fighting only a single boss at the end when Ellis manages to escape via helicopter. And that’s it, really. There’s no real progress to the Ellis/Black Tusk story other than Ellis is still around and likely won’t be dealt with for a little while longer.

I didn’t really feel anything about this mission or its part in the story. It just kind of happened, and then I moved on to the next available activity. To me, that’s saying something.

The next main mission is the Manning National Zoo (MNZ), which I feel is erroneously labeled. This is more like a stronghold due to its length, sheer number of enemies you have to fight, as well as a solid amount of named bosses. In this mission, we’re setting out to cut the head off the snake, tying up loose ends with Emeline Shaw, leader of the Outcasts. Hands down, this mission was a lot more enjoyable than the first.

In my opinion, this mission and the Expedition are the real meat of the DLC. The MNZ is a really interesting setting (like most of the places in The Division 2), and it was beyond cool being able to navigate through it all on my way to the final showdown with Emeline. It’s definitely on the longer side of missions/strongholds, but feels balanced when compared to how short Camp White Oak was. I’ve had some people in my party complain, though.

I found the mechanics to be pretty simple, and even at WT5 (world tier 5) on challenging difficulty, I feel the content is easy enough for everyone to just jump in and have fun. The boss fight with Emeline can be a little annoying with how many suicide-bombers they throw at you non-stop, but besides that, it’s a straight forward fight and what I expected from the game’s equivalent of a “dungeon.” But, it wasn’t perfect.

Realizing that we were going to be fighting in a zoo, I definitely expected a larger animal presence and perhaps even more animal-related mechanics. There’s one part where you have to venture into an alligator (or is it crocodile?) pit to fight a boss, and you can see the gators in there for a moment, but then they all scatter and vacate the area before you enter. I imagined they would pop out of the water or something during the encounter, but they were just gone.

There was a colossal amount of potential for this mission to be unique and interesting, but Ubisoft defaulted to using those props for mere background fodder. That’s probably one of the most disappointing aspects of this entire DLC.

The third and final activity of Episode 1 is what they’re calling an Expedition. This is something of an adventure, puzzle-solving, and exploration mode, split into three wings that are time-gated. The first Expedition is located at Kenly College, a not-so-very-different location from the rest of what we’ve seen in Washington D.C. so far. Big buildings, overgrown vegetation, underground facilities. You know the drill.

The first two wings of the activity, the Kenly Library, and the Kenly Metro Station, are currently available for play. Ubisoft definitely focused on the mystery and puzzle-solving aspect here, because a lot of this activity relies on players figuring out switch patterns, locating terminals without help from the waypoint system, and other things of this nature. They have hidden loot rooms in the activity which can give you a ton of items; but of course, you have to figure out how to unlock them and where they are.

I’ve heard some people complaining that the puzzles were too hard, but I managed to figure them all out with a random party from matchmaking. I completed both wings relatively easily, with the Metro Station taking the longest simply because there was a lot more to do. The collectibles and additional lore is a nice touch, and Ubisoft does what it does best, painting the small and big picture of the world with visceral audio recordings that help entrench us in this post-apocalyptic Washington D.C.

I’m not big on mystery or puzzle-solving, so I feel that Ubisoft found a good balance between being engaging and challenging without being too difficult and making me want to quit out of the game. However, the same enemies make for another rinse and repeat cycle of content. I felt that finishing things up with Emeline in the MNZ was excellent closure for that particular chapter, but then I head to the Kenly College and I’m just fighting more Outcasts. Really?

It would have perhaps been a little more forgivable if this was the beginning of a new era regarding the faction. We took out their leader and created a power vacuum, so who is going to fill it? Maybe they could have shown us something regarding that, pushing the story forward. That could still be the case when they release the final wing. However, right now it seems like the events at MNZ and Kenly College are completely unconnected, which is dissatisfying. 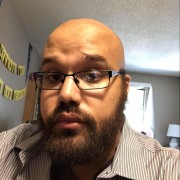 The Aging Gamer: Playing Chaosbane With My Wife