“A smile in Neo-Berlin’s not right. A sneer means you should watch your back. A smirk though? A smirk’s just right.”

When you play Encodya, a smirk is exactly the expression it wants you to hold. It runs through what would otherwise be a fairly clichéd set of cyberpunk aesthetics and themes with a lightly mocking tone before it takes one huge volta into a fascinating new place and atmosphere.

Unfortunately, the journey there is not always smooth.

Encodya is many things. It is gorgeously drawn, pulling on some incredible 3D line art that brings the distinct and intricate lines of the cyberpunk aesthetic into a sharp focus. It can be frustrating at times, however, with the occasionally inconsistent logic bogging down its puzzles. It is often not as clever as it thinks it is, but sometimes surprises with a delightfully written character, devilish puzzle, or novel twist on a cyberpunk trope.

It certainly has lofty goals, taking aim at both the heady themes of a cyberpunk universe and attempting to create what they call a “modern” point and click adventure. In a lot of ways, the game is successful here. Its reimagining of the point and click genre stays true to the harsh difficulty and slyly hidden objects of Monkey Island and Fate of Atlantis – while updating movement, interaction verbs, and dialogue choices to more modern sensibilities.

Choosing to encase their cyberpunk adventure in the trappings of the point and click genre was a canny choice on the part of ChaosMonger Studio. This game takes you along with Tina, a sharply intelligent 9-year-old Orphan, and SAM-53, her robot protector.

As a homeless orphan who lives under and draws energy from a corporate neon sign (a brilliant and unique touch of world-building), Tina has a very complicated day-to-day struggle. SAM-53 prints off a list of daily tasks for Tina to complete such as finding food, changing her robot’s oil, and fixing her waterproof covering. Point-and-click mechanics, and the associated logical complexity of some of the tasks, are a great way of conveying the difficulty of such an existence. These intricate tasks are all done to overcome Tina’s lack of money. Every strange and bizarre fetch quest you go on as a favor to an NPC is about circumventing Tina not having enough to survive.

Big budget releases set among the aesthetic trappings of cyberpunk often emphasize the decadence and excess of the genre, often overlooking the critical lens that comes with the name cyberpunk. What the mechanics of Encodya, alongside its narrative prompt of needing money, convey is that the “excesses” and bright lights of these futuristic settings would not be available to everyone. For those who cannot pay their way through the setting, a complex system of bartering, favors, and busywork is set in place to allow for a continued existence.

The constant, omnipresent bureaucracy of neo-future capital that underlines the “freedom” and decadence of cyberpunk settings is brought to the forefront by the game’s mechanics. Unfortunately, this strong sense of ludo-thematic cohesion is let down by Encodya’s storytelling.

Based on a beautifully animated 2018 short film, Robot Will Protect You, there were high hopes that the game might emulate the animation’s writing as well as its aesthetics. While there are some moments that carry over well, the eccentricities of the relationship between SAM-53 and Tina for example.

Unfortunately, the game also attempts to show us what is happening in the world outside of these two. During the progressing plot, Encodya routinely cuts to incredibly jarring cutscenes of Mayor Rumpf and the progress of his dastardly evildoings. These cut in at bizarre points (I got one after I left a disused shop during the day, and another while just walking) and really interrupt the immersion that otherwise flows over a player.

These little cutscenes, while they depict relatively important plot elements, do more to interrupt your focus on the current logic puzzle at hand than anything else, and do not tell the player anything they could not otherwise intuit. If a litany of guards dressed like Rumpf’s soldiers shows up, you can figure out who sent them – a small slapstick cutscene that repeats to the player that you are being pursued is not at all necessary.

Considering the attention to environmental detail a player requires to progress in Encodya, it seems strange to not weave your storytelling in that richly drawn environment. With how hard some of the items are to spot – the studio could have afforded to pull back on some of the real-time exposition and trusted players to understand the plot as it emerged. The game does do some fascinating things with the cyberpunk narrative in its latter half, but none of that intrigue comes in any of these poorly executed cutscenes.

We see a problem of setting here too – you meet a lot of characters in this game, and most fail to rise anywhere above mediocre. Each character is fully voice-acted, to various degrees of success, and some read more as poorly conceived caricatures than anything else.

When not being hamstrung by poorly executed narrative exposition, the atmosphere of Encodya is wonderful. The art style is an uncommon one, but highly effective, drawing on the gorgeous rendering that people loved in Robot Will Protect You. The soundtrack deserves credit here too, with lulling ambient synths that delicately underscore the gameplay.

All told, when playing Encodya you get the distinct sense of a beautifully drawn world, but a game that does not quite know its place in that setting. If you are an avid point-and-click fan, or cannot get enough of cyberpunk stories, this title is an easy recommendation despite its flaws.

For most players, there will still be the occasional smirk to be had. It might not always be a full, pleased smile, but as we know: a smirk’s just right. 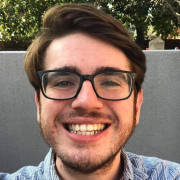 It has been a hot minute since CD Projekt Red graced the world with its ...
By Jon
January 8, 2021