Elden Ring is one of the most highly anticipated titles expected to release this year, but many fans are skeptical of it hitting shelves at any point in 2021. However, there have been rumblings from quite a few industry insiders that seem to hint at a late 2021 release window with more information coming soon.

It was late last year, a few days before Geoff Keighley’s annual Game Awards show, when Games Beat’s Jeff Grubb alluded to the possibility of Elden Ring making an appearance at the event. However, that was unfortunately not the case, and when fans asked Grubb why he was so confident in Elden Ring making an appearance, his response on his podcast was: “Here’s one thing I’ve heard that I can say: have a little bit more patience, but just a little bit more. That doesn’t mean days, and I don’t think it quite means weeks, but it doesn’t mean months and months and months.”

Since then, FromSoftware only passingly acknowledged Elden Ring with a post on Twitter and another one from Kitao (Promotion, Marketing, and Communication at FromSoftware) thanking fans for snagging them the “Most Anticipated Game” award from The Game Awards but have been tight-lipped on the project since then. But it doesn’t entirely stop here, in addition to the reports from Jeff Grubb. Prominent Italian games journalist Francesco Fossetti — who has been close with FromSoftware in the past and was invited to exclusive events for reviews and playtesting their previous titles —  also reported similar stories about the project but went into even more depth. According to Fossetti’s comments late last year, Elden Ring has finished on the development side of things months ago and had initially been planned to release at some point in October/November of 2020. However, due to Covid-19, FromSoftware took a long break and is now ironing the game out. (The full translation of the clip can be found on the Elden Ring subreddit by user KamCaminin) – Fossetti was also ahead of the curve when it came to Elden Ring being absent from the Game Awards last year when he confirmed it on his Twitch stream in September, four months ahead of the show. That was alongside his confirmation of Elden Ring not being shown at Tokyo Game Show or any other significant event in 2020 and that you will see it early 2021.

In addition to all of that, Fossetti recently posted the Elden Ring logo across his socials with no comment. That post is particularly fascinating, considering Fossetti’s previous history surrounding FromSoftware and his accurate reporting on them in the past. With rumors of both Microsoft and Sony having showcases at some point in February or March, it isn’t out of the realm of possibility to see Elden Ring make an appearance at either of them. With Fossetti’s teases and Grubb’s report of the game being shown sooner rather than later, it seems highly likely that Elden Ring will finally get shown off at some point between now and the end of March. If reports about the FromSoftware having the game done early last year are accurate, it isn’t out of the question the trailer would have a release date for sometime this year. Primarily, if they have been focusing on ironing out bugs and the title’s quality, we could see it as early as Summer or as late as Fall of 2021. 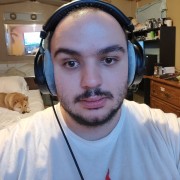 Path of Exile’s Chart-topping Expansion, Echoes of the Atlas, is a Reminder of What Makes ARPGs Fun