News regarding the highly anticipated project always leaves fans waiting with bated breath, given how many questions surround the remake. Is the game still going to be released episodically? Is the game coming to multiple consoles? When will we finally be able to play the game? The most popular entry in the mainline Final Fantasy series boasts several spinoffs, prequels, and even a film adaptation. Yet a high-end remake has eluded Final Fantasy fans for many years now, a high-end remake which has been teased publicly for almost 15 years.

June 2005: Square Enix showed off a portion of the opening of Final Fantasy VII running on the PlayStation 3. The tech demo was used to demonstrate the impressive HD graphics which would eventually define a console generation.

Cloud and Aerith look more authentic than anything out of the Kingdom Hearts franchise. While short, one can see how the above video could stoke the excitement of the fans. Midgard especially comes off as a vast and exciting setting for simply a PS3 game.

May of 2006: Square Enix announces remakes of not just Final Fantasy VII, but XIII and IX as well. The announced remakes were not for the PlayStation 3 or Xbox 360, but rather described as “DVD-ROM format, with graphical and audio enhancements.” Each remake was scheduled to be released separately, a vastly different scenario from the episodic content originally advertised for the remake of Cloud’s adventures.

“Wow, a promise to remake three of their most popular titles means Square must have had a plan.” Whether the company was publicly stating their lofty ambitions or reality had other plans is unclear. However, in between the promised remakes and today, Square Enix found massive success with the Kingdom Hearts franchise, established themselves with western properties as their audience in those regions grew much faster; all while the mobile market took Japan by storm, a market originally not a suitable fit for the Final Fantasy series.

May of 2015: Final Fantasy VII Remake is reintroduced to the world during Sony’s E3 press conference. CyberConnect2 is announced as the developer, with Square Enix publishing the game and providing additional support.

December of 2015: A small gameplay slice plays during Sony’s PlayStation Experience press conference. The game is expected to be in full development at this point.

May of 2017: Development of Final Fantasy VII Remake shifts from CyberConnect2 to Square Enix. No update on the release date was provided.

The following two statements can be true: Final Fantasy VII Remake had an awesome reveal during Sony’s E3 2015 presser, and Final Fantasy VII should not have been revealed during Sony’s E3 2015 presser. By this time, however, fans of both the series and the gaming industry as a whole are beginning to ask more questions which may call into question the feasibility of the remake.

Conflicting statements have plagued the publicity of this remake.

June 11th, 2019: Yoshinori Kitase states his team is unsure of both how many entries the remake series will consist of and the schedule of the overall project.

Understanding the release schedule and strategy of Final Fantasy VII Remake is a tricky task. Square Enix has not clearly communicated how soon you will be able to buy installments. Are we going to wait one year in between titles? Two? Three? How will we be able to play the entire package when all is said and done? (A thread from the official Final Fantasy VII Remake Twitter account spins the lack of information in a positive light.)

This may be one of the biggest “teases” regarding Final Fantasy VII Remake. Players only needed 2-3 hours to complete the quest and story portion of Midgar; the “wow” moment was not exploring the city, but rather witnessing how much larger the world is outside of Midgar.

Midgar isn’t the only aspect of Final Fantasy VII Remake that’s received a bit of a facelift. Barrett will have more time to push his pro-environmental safety agenda to Cloud. Jessie and the other members of Avalanche will be able to interact with Cloud more, as will Tifa.

This may not seem like much of a tease. However, passionate fans of the original will remember how fun and expansive the game really was when their party took their first steps out into the world map, and a new journey began.

Obviously, the history of Final Fantasy VII Remake will not end with the announcement of a release date 9 months out. This is either the start of a successful business model for Square Enix, that sees an entire development team dedicated to remaking every single game under their impressive arsenal; or an expensive blip, nothing more than a one-off. 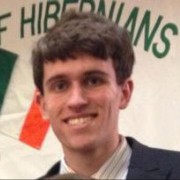 Liam Crossey
Liam is a writer for Parallax Media.
Previous

An Interview With The Master Of Hype: Fadel