I am so conflicted when it comes to Soulblight. There’s a fascinating story that takes genuine work to unravel, and the characters are interesting in their monologuing and reactions. I want to sink into the story like a lullaby, gradually losing myself in the world. But any time I come close to that slumberous state, I am yanked out by the combat. It is a game that tries very hard to straddle a few genres. There are clear roguelike influences; death is an inconvenience of the highest order. The combat is obtuse, with partial stealth elements that make the combat more manageable in some situations, but much like the Metal Gear Series, one slip up can send a horde of enemies your way.

The most unique and interesting aspect of the gameplay is the Taint system, wherein you choose a certain Taint for bonuses to your attack damage and possible negative effects in some situations. For example, Hypochondriac gives a larger boost to your overall stats but each injury you sustain drops this boost significantly.

There are a wide variety of Taints to obtain, and I’ve yet to see them all as far as I can tell. Some are easier to work with than others, but all in all, it is a very interesting system for modifying stats in a game where you don’t level up or keep items on death. However, with this in mind, I can safely say that this game is not for me. The combat is sadistic and it leaves me filled with a sense of dread each time I die. I’ve been unable to beat any of the bosses so far, as every time I get close or arrive at the boss I’m already so bloodied and wounded that there is no hope for me.

This is a game for the Dark Souls community, as the Souls influence is blatantly apparent. This isn’t a bad thing, given that it isn’t just a Dark Souls clone. The storytelling is quite passive, never really being laid out through exposition. The atmosphere is reminiscent of Blighttown and The Catacombs. There is mystery everywhere, and I’ll undoubtedly read through all of the Punch Cards that tell the backstory over time, but I don’t think I’ll conquer this particular beast.

Soulblight is a good game, just not my kind of game. The narrative will keep people invested for quite some time, and I appreciate a good narrative. However, it has a few bugs, it has some difficulty scaling issues.

In one instance I fled from a group of enemies rather than fighting and inevitably dying to them, but my character never left the combat mode. I could neither stealth kill nor fight back in combat, leading to a strange kind of game breaking bug. As I moved forward each enemy would hit me once then stop attacking, until eventually, one enemy inflicted the final wound, killing me. This was somewhat annoying but not nearly as bad as the other bug I ran into.

Upon stealth killing an enemy, I noticed my character was still running in place. After a clearing the level and moving into the next area I attempted to stealth kill another enemy and got a full soft-lock. I couldn’t move, attack or even access the menus; I had to reset the game just to continue playing.

Given that this is the debut game from My Next Games, I can honestly say it is good and will appeal to the hardcore gamer. I eagerly await what they’ll make next. I believe My Next Games can do better and hope they give us more great storytelling in the near future. 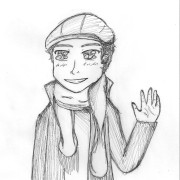 Super Mario Party: Getting this Party Back On Track

It’s time for another edition of Parallax Media’s biweekly video game releases, where we list ...
By Dennis
July 2, 2021
0 %