Since this is the final section of the game, we have to prepare. Head over to Frampt again,but this time, drop down into the hole he’s in. A short cutscene will play.

Once here, head to the bonfire and rest at it. One of the options is to offer souls to Lordvessel. Do that. After that, equip your Covetous Silver Serpent ring and head forward through the newly accessible area. You’ll see weird phantoms of knights walking around.

From here, you’ll be in the final part of the game, with lots of ashes everywhere. The goal here is to head down a bit till you reach an actual Black Knight. Kill him and he’ll drop a Titanite Chunk. Keep going and do this again with the next knight. You’ll come to a set of narrow walkways with a path down the middle. Take this path and aggro the knight standing on the narrow path. You can try to kill him on the path itself, or lure him back to an area with more room. Either way, kill him and hope he drops a Titanite Chunk. Keep going, across the narrow section and you’ll come to an area that leads slightly downward.

Again, take out the Black Knights and look for them to drop some Titanite Chunks. When you get to the end of the section and see a fog gate, warp back to the altar and then warp to Undead Parish to upgrade your weapon.

Go down and get Andre to level up your weapon. We’re looking to get it as close to +15 as possible. For my character, I was able to get to +13, and I needed two more Titanite Chunks for +14. Warp back to Firelink and then head down via Frampt’s pathway to get there.

If you’re still missing some chunks, go ahead and kill a few more Knights. Parrying them is a good idea, because the final boss basically can be parried – This can be good practice for the final fight. Once you get enough chunks to get you to +14, warp back to Undead Parish to level it up.

Alright, this is it. Head all the way back to the end of this section and get ready to traverse the final fog gate. Let’s go over a few things before you do that, though. For one, this is the final area and once you beat the boss, you can’t go back and do anything, so make sure you’re completely finished before you fight this guy.

Secondly, I highly recommend learning how to parry, because it’s super effective against Gwyn. As such, we will be slightly adjusting our equipment. Equip the Hornet Ring, and make sure you’re using a shield with 100% physical reduction. I used a Black Knight Shield. Also, get your Homing Crystal Soulmass ready. Gwyn is insanely fast and doesn’t give you much room to breathe. This is why we will be parrying. You can certainly try to use magic only, and you may even be successful, but I never have much luck with that. Finally, make a backup save here to load from or to use if you accidentally missed something.

If your intelligence is high, this fight will still be easier for you, but it’s tough to only rely on magic. As soon as you go through the fog, use your Soulmass. Right after that, switch to your melee weapon and get ready to parry. Run forward and Gwyn should be on his way towards you. His initial attack will be an aerial smash with his sword. You can parry this. Smack his sword out of the way just before he lands. Doing so will allow you to get in a critical attack. That plus the Homing Crystal Soulmass will do massive damage.

If you miss the parry and he manages to get you with his aerial attack, you can still back away when you get up to heal. The ideal situation is to parry him, though, and wait for him to get up and parry him again. Unfortunately, he’s got a few attacks that have some weird timing and I had trouble consistently pulling off the parry. If you’re having trouble, back away and use one of the mounds of ash to separate you from Gwyn. You can then heal and pop another Soulmass.

Be careful of his grab attack because it cannot be parried. When you see him about to smack you with his sword, parry the attack and hit him with a critical strike. With a max level weapon and 70 intelligence, your blows should be devastating to him. The big issue you’ll run into is avoiding his attacks and getting the timing down for the parries. You can most definitely just run around the room and hide behind the ash mounds to get a Soulmass ready and then run up to him, but you have to know where all the mounds are.

It only took me a few attacks to take him out since my character is so overpowered. Experiment with different methods and learn the best times to heal and use a Soulmass and you’ll do great. Gwyn is not the hardest boss, by any means. He’s just fast and packs a punch. The fact that he’s so weak to magic and can be parried helps a ton.

And that about wraps things up. If you’re at this point it means you successfully completed the game…orrrrrr just scrolled to the end of the text. Either way, thanks for being here.

I recognize that there were things I probably missed, but keep in mind, this was all written by one person and it’s easy to make mistakes when tackling such a large project.

If there is any feedback, corrections, or tips you have, please let me know and we can look into implementing any changes. You can can contact me on Twitter @JosephYaden

Also, again, this is just how I play. This is the easiest way I’ve found to get through Dark Souls. This is by no means a fact or 100% guaranteed way to get through. Thank you for reading and I hope it helped. 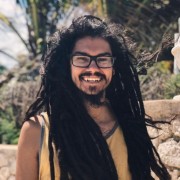 Joseph
Joseph is a Northern Kentucky University graduate with a bachelors degree in Studio Arts. After realizing his passions lie elsewhere, he decided to pursue a career in games journalism with the goal of climbing to the top. He loves action RPGs like Bloodborne and Dark Souls, but is also fond of quirky Nintendo games on the Switch. Joseph can be found listening to Prog Metal and patiently waiting on that new Tool album.
Previous