C.S. Lewis once said: “The safest road to hell is the gradual one,” a sentiment very much embodied in Dark Star’s RPG infused hack ‘n’ slasher: SINNER: Sacrifice for Redemption. The world has been ravaged by meteor storms and it is up to the presumably eponymous Sinner to find out what happened. To do this, our amnesiac hero has to sacrifice powers and abilities to seven monsters representing the seven deadly sins before taking them on boss-rush style. The only problem is that these battles are difficult even without the loss of your skills. The game is not just challenging; it is insurmountable. After a tiny tutorial, the player is faced with a circle of stones at which they can atone for their apparent sins before stepping through a portal to face the aforementioned creatures. It doesn’t matter in what order you approach these face-offs as they are all set to be equally punishing. However, by making all battles available immediately and having all the bosses pitched at the same level of brutality, progression feels flat and a little unrewarding. Especially when you are dying. A lot. Just when you think you’ve worked out a boss’ attack pattern or hope that you are a few broadsword strikes away from victory, your adversary changes everything up with little time to react or reconsider your tactics.

This rinse and repeat approach to gameplay – along with a complete lack of a steady reward system – does SINNER a disservice because the game looks and sounds great even as you are being crushed, stabbed, and lacerated over and over. The design of the bosses spans the spectrum from beautiful to absolutely grotesque, with the areas in which they reside being as integral to their character as their arsenal of powers. The combination of a subtle score and a grinding soundscape creates a chilling atmosphere that fills you with dread before you enter a new portal. Those quiet times between battles were when I wanted to explore this desolate world the developers have constructed. It really is a thing of twisted beauty. This inventiveness, however, doesn’t extend to your own loadout; your system of quick blades, broadswords, and grenades are slow to react to your carefully timed button jab. As I played on Switch, swapping in items was mapped to the left Joy-Con d-pad, which is probably the most awkward of positions when one is attempting to find something, anything to hurt these encroaching enemies. I’m sure those playing on PC will find this mad rush far easier with a system of hotkeys but console play was not on my side. Add the fact that their effectiveness is often dampened by your sacrifice, Sinner is a quite ineffectual protagonist. Movement is probably the most important part of your defence, as you are expected to dodge when parrying won’t work, but the fixed camera hampers this. Auto-targeting the boss is a worthy replacement to manipulating the view, but when multiple minions appear, you’ll realize that cycling through these additional obstacles will still prove to be difficult. I am aware that there are many people who go in for this level of punishment and I have to admit that beating any one of the bosses brings a weird kind of exhausted euphoria. One that will have me returning to this game out of sheer defiance and that is the way to enjoy (and eventually triumph) over SINNER, with patience and perseverance. Both in the length of time it will take, and your approach to the fights. You have to work out where your strengths lie and when their weaknesses appear. One wrong move can be devastating, so avoiding even the smallest of blows is imperative. Maybe that’s the point of games like SINNER: Sacrifice for Redemption: the long game, the burn, and the reward when a tactic pays off. I just wish that reward and the journey as a whole had unfolded far more gradually rather than a completely upfront slog. 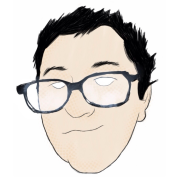 Kenny Jeffery
Kenny is a writer for Parallax Media.
Previous

3 Things That Could Bring Laser League to the Next Level