Indies often have personal stories, as does Ray Aflakian, Head of Marketing from the Seattle Indie studio Grunka Munka Games. Unlike other studios we’ve interviewed (Sam West, Creator of Beyond the Veil for example), this studio started their latest project with a secure funding from the Academy of Interactive Entertainment and was later selected as the first company for their US-based incubator program. Not long after production began, Nintendo also saw the potential in Collidalot.

How would you describe Collidalot yourself?

“It’s a 4-player local multiplayer coming soon to Nintendo Switch. The easiest way to describe Collidalot is ‘jet-powered destruction derby meets Tony Hawk rail-grinding.’ Imagine that with elements of Splatoon, Towerfall, Smash Bros, Mad Max, and a few others and you have a ton of fun with your friends. Anyone who likes those kinds of games tends to love Collidalot so we can’t wait to see how competitive people get with it! On top of that, the game doesn’t take long to get the hang of, but it’s hard to master so it’s always a hit with families playing together.” And this game is inspired by cool War Ships isn’t it?

“You know when you see those cool images of Warhammer 40K ships coming at each other? They always look so cool! But every game that has ships flying into each other has them shooting at each other, so we wanted to make this idea into a game since it didn’t exist at all. That meant no guns. Then we toyed around with the idea of being out in space and being able to grind on the rings of Saturn. The concept got refined a bunch of times and now we’re here with a game that has ships slamming into each other at high speeds, with rail-grinding!”

What helped you decide which platform this game should be released on?

“Since we are a local multiplayer (couch game) that happens to be family friendly since we have no guns, no gore, no blood, and no cursing of any kind, it made sense to want to get the game on Nintendo Switch. Their platform is great, it’s portable, it always has multiple controllers wherever it goes, they have a lack of local multiplayers (sic), their brand is the most family-friendly of them all, they are incredibly supportive of indie developers…the list goes on.” It also helped that you guys had some contact at Nintendo, didn’t it?

“We were fortunate enough to have someone from Nintendo see our game when we were showing it at Power of Play (I think it was that one) and we were able to establish a working relationship in person, which was tremendously helpful.

Still, the approval process was difficult simply because expectations are high whenever you are trying to deliver the best game possible. It took a while to get approval from them to earn the right to get a dev kit, but they were always incredibly responsive and supportive to us whenever we had questions. For that, we are incredibly grateful.” Have there been any struggles during development?

“There are always minor issues that come up on any team, of which we’ve experienced our fair share. The only major struggles we’ve really had involve the fact that we are such a small team (only 5 full-time employees) with limited resources. Beyond that, everything wasn’t out of the ordinary by much. I think the fact that everyone loves Collidalot so much, helped a lot.

Everyone is incredibly passionate about and proud of the work we’re doing, and we’re thrilled to finally let people get their hands on it. We’re fortunate to have a lot of great people in our lives who are supportive of our goals and great fans who we always want to do right by. They keep us going if things ever get rough.” What are the future plans if this project is finished?

“We will be releasing Collidalot on Nintendo Switch very soon and plan to add a bit more content after release. The additions we have planned will simply come as a free update!”

Are there things I did not ask but are things that are also interesting for players of the game?

“There’s no news yet on a specific release date for Collidalot, but rest assured you will see it in the Nintendo Eshop within a few months.”

Stay tuned to Parallax Media for all future news on Collidalot. 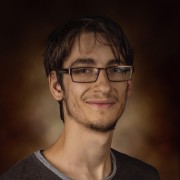 The Last Remnant is Getting a Remastered Version on PlayStation 4

Taking a Dive with Aqua Lungers