I recently had a revelation that may have changed my life for better or worse. What if the bugs you see aren’t actually bugs? Before you immediately assume this revelation was brought on by some experimenting with the fabled “Devil’s Lettuce”, I assure you I was of clear mind, body and soul at the time of its conception. Just think about it. What if the bugs that you may or may not have fried with a magnifying glass as a kid were actually part of an alien species, one that’s a thousand times smaller than you or I? Isn’t that a truly sadistic and morose thought? I’m sure glad that I’m not actually the one who just tainted your joyful childhood memories. The culprit would be Cubit Studios, the developers of an amazing and odd indie game called Infinitesimals. Infinitesimals is truly an awe inspiring game concept, you take control of a grizzled veteran soldier named Captain Orkney. The twist is that you’re actually a microscopic alien in a universe of massive and terrifying worlds. You, the player, will experience life through a whole new lens. Have you ever wondered not only what a fly looks like up close, but also what it might be like to be consumed by one? Well Infinitesimals is sure to answer that question and any more size comparison questions you may have in the future.

The story of Infinitesimals is one of war and strife. Captain Orkney was born into a militaristic society, were military service is almost mandatory for all males. Because of this he’s seen many a battle, but when his unit suffers terrible losses Orkney is sent to recoup on a planet far from the main conflict. Sadly it’s not long until the war catches up with him, after discovering an allied faction has changed sides and is forming a force to attack. Thus begins the story, once again Captain Orkney must head into the eye of the storm and hope to come out the other side. In early concepts Infinitesimals was actually a 2D side scroller but eventually evolved into a fully 3D game and brought all the awesome gameplay elements that come along with it. Such as, early on you will be given a booster jump pack that will give you the ability to jump freakishly high in the air, similar to the way a Grasshopper jumps. But that’s not the only awesome gameplay concept that Infinitesimals has in store for us. You’ll also traverse the world in a small spider like tank, which vaguely resembles the Reavers from the Gears of War franchise.

At this moment is seems like there are four main ways to experience the vibrant worlds and combat in Infinitesimals. First we have your standard third person shooting. There’s currently no footage of Captain Orkney taking cover during a firefight, so it’s safe to assume that this won’t be another third person cover shooter. The second being the law enforcement POD (Spider Tank), which is honestly one of my favorite gameplay features. The POD’s sleek design and mobility make it unique and in complete contrast to the tank esque vehicles you might see in other games. The third and fourth are the reconnaissance drone and drop ship. The two of these seem to be recent additions to the game and thus have very little information on their functions at this time. But damn do they look awesome in the little footage we do have! My personal favorite feature of Infinitesimals is the inclusion of a destructible environment, which is mind boggling that more games, especially shooters, don’t feature.

Though development for infinitesimals started in 2013, sadly there’s no word on a release date or window, but that’s not surprising considering Cubit Studios is only made up of two people. It’s games like these that simultaneously give me hope for the medium and call into question every achievement in my life thus far. 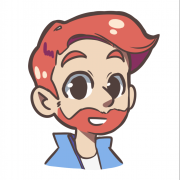 Overwatch’s New Hero is About to Wreck the Meta

Upcoming Indie Games to Keep On Your Radar