There is a movement that investigates misogyny and sexual violence in modern gaming. It includes, for better or worse, Anita Sarkeesian’s Tropes Vs. Women in Video Games, C.J. Ferguson’s meta-analysis of video game psychiatry, or any US news network when anything bad happens ever. Most individuals involved do good work, but there is a tedious puritanism lurking that threatens to undo a lot of social progress.

Since 2017, several articles have said that games like The Last of Us Part II (TLoU2) show only “ideas of what women should be in games like this, not actual women.” Their thesis: that sexual violence is used to sell video games.

While the violence in that early TLoU2 trailer was problematically inexplicable, we might excuse such an early teaser for laying down more mystery than story. The first game explored how no one is exempt from the savagery of humanity let loose. It therefore makes sense for the second to raise questions in the same way.

Recent E3 footage of TLoU2 (see below) showed its protagonist Ellie wreaking retribution on the very hunter-predators that piece criticised. The action felt balanced and contextualized. In eleven gorgeous minutes, we saw a complex character display aggressive brutality and tender vulnerability. The violence made sense. And Twitter still took issue.

The reason I mention these articles and tweets – this attitude – is that it tells us two things. The first is that these critics sometimes imply that representing behavior in a narrative is to condone that behavior. The second is that they are unnervingly unaware of how bad puritanism is at regulating human behavior.

A counter-argument for you: that early TLoU2 trailer was in fact in unabashed about forms of violence we don’t address enough, and the E3 footage carried this forward with appropriate honesty.

The apocalypse would be worse for women. Fiction ought, to be honest about this. The field-leveler of technology would vanish, leaving every person vulnerable to anyone more brutish. For every dozen souls trying to persist in the misery of the wasteland, there will be a wretch whose libido leaps at the sound of screams. This will combine with the fact that a dynamic of apathy and cruelty would define the odds of survival. Not at every level. But it would push the most violent outliers of society into new extremes of pathology.

This nasty sexual pattern is there in any feministic dystopia worth its salt. Katniss Everdeen is forced into fiery dresses and skin-tight swimsuits. Offred is kept tethered for her womb in The Handmaid’s Tale. In the first Last of Us, Ellie shivs to death a small legion of cannibals who want her flesh quite literally, the apotheosis of which we find in their lascivious, leering leader. The symbolism of penetration, degradation, and fluid exchange is as evident as it is in Stoker’s Dracula.

In the worst hellscapes of our real world, rape and torture never dawdle far behind their father war. Consider the following UNICEF report:

“Systematic rape is often used as a weapon of war in ‘ethnic cleansing’. More than 20,000 Muslim girls and women have been raped in Bosnia since fighting began in April 1992, according to a European Community fact-finding team. Teenage girls have been a particular target in Bosnia and Herzegovina and Croatia, according to The State of the World’s Children 1996 report. The report also says that impregnated girls have been forced to bear ‘the enemy’s’ child.”

It is therefore intellectually and artistically dishonest for a post-apocalyptic drama of length to not address sexual violence or the fact of its impunity, because war and genocide are themselves apocalypse in microcosm. The post-end world has to live up to this if it’s portrayed for long enough.

The TLoU2 trailer rises to this challenge, offering a rich source of sympathy with victims of violence. To those who disagree: I implore you to re-watch the trailer. Consider the animators’ attention to the terror and rage on each woman’s face. It’s different on each yet universal to both. It’s a scene that, while horrific, hedges no moral judgment. It’s horror at its most potent because it aggresses our basest morals.

The answer to the question of sexual violence in video games can therefore never be to censor it. But that doesn’t mean there isn’t still a question to be answered. Many readers will recall Square Enix’s 2013 Tomb Raider reboot. A major story beat of this game is Croft’s first kill, a sexual aggressor who corners her in the first act. Except, if you fail the quick time event, Croft is merely killed. The implied sexual threat turns out to be fatuous and cheap, and rape is treated like a character-building magic trick.

As with any medium in which sexual violence can be portrayed, there are games that mishandle the topic. Terribly. But we must never allow them to curtail our enraged depiction of rape as it is. Just as abstinence-based sex education only gets more teens pregnant, a culture that ignores violence rather than honestly portraying its awful nuances is doomed to suffer them.

Historically, some men have filled the riskiest occupations in society, but all women face violence tragically incommensurate with whatever their social position is. This is in part because of a physical reality our culture has ethically outgrown, but it is mostly because there are monsters in every tale. Our literature – our books, films, and video games – must face this with the respect of honesty. If we do it right, it can be the moral purpose of video games to show us the worst of life as it really is, especially as their cultural and technical powers grow. 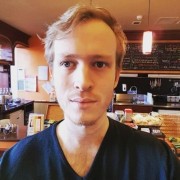 Gender Inequality in Video Games: The History of Gender-Related Issues in Gaming